Void Paradigm have been wandering the French underground for several years now, with members coming from different experiences and bands (Sordide, Ataraxie and Bethlehem, among others).

Debuting with a self-titled album in 2012, to which a sophomore record named Earth’s Disease followed in 2015, they lurked in the shadows of Normandy for the following five years. Now the time has come for the Rouen-based trio to release a third chapter.

Ultime Pulsation | Demain Brûle is actually two specific tracks, rather than your usual studio album, as the whole record consists in two songs of over nineteen minutes each.

Composer and guitarist Julien Payan, said that “for these two long songs, I experimented with a kind of semi-automatic writing, letting my mind wander around the idea of a collapsing world. I wanted to have both versification and free words altogether, to fit the different atmospheres of the music”.

Void Paradigm call their black metal dodecatonic, as Payan often relies on a twelve-scale composition technique, a method of composing with twelve tones which are related only with one another developed in the early XX Century. As Payan puts it: “As I try to experiment new ways of making black metal, I sometimes write the music literally on the desk and not searching for riffs on the guitar. I have a classical composition education so I try to compose like this, writing before playing, in order to break the automatic riffing and to try and go somewhere else”.

“Ultime Pulsation”, the ultimate pulse, “evokes the unavoidable fall towards this final pulse of the world, of humanity, of civilisation, which seems to get closer and closer.

“Demain Brûle” is “Tomorrow Burns”, a personification which becomes something or someone hostile, unsafe, hazardous. Such are the feelings Void Paradigm bring into their music, a forceful, rabid and yet educated black metal. 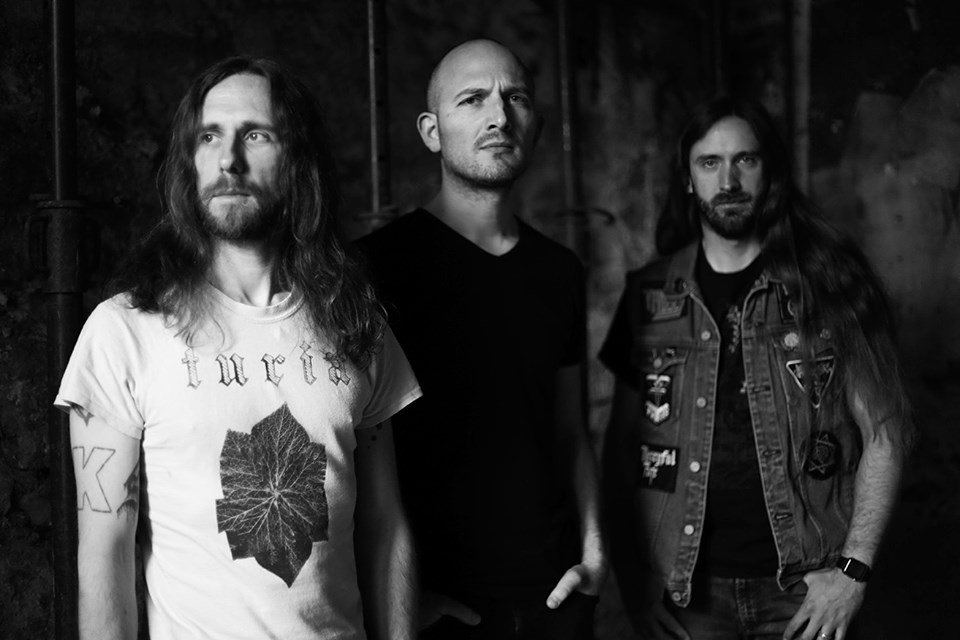